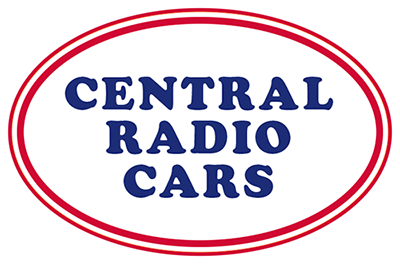 Confessions of a Harrogate Taxi Driver

The Early Days of Being a Taxi Driver

Central Taxis owner, Kevin O’Boyle has lived and breathed the ups and downs of being a taxi driver and business owner in the spa town of Harrogate, North Yorkshire.

Kevin has held a taxi licence since 1965, longer than any other driver in the Harrogate District. And moreover, he’s driven approximately 3 million miles in those 56 years.

Kevin bought the taxi firm Fleetway in 1980 and then changed the name to Central which became a well known name throughout the Harrogate area.

In the early days it was much easier to make a good living and Kevin recalls two of the boom times that happened in Harrogate to boost the economy:

“Firstly the opening of Menwith Hill in the early 1960s. The GI soldiers originally ran the base and a number of hotels in Harrogate were taken over to accommodate them. It seemed as if they had money to burn, which helped as we were just coming out of the depression left from the second world war.”

“The opening of the Conference Centre was huge and had a big impact on the Harrogate town centre economy. There were huge international conferences/exhibitions taking place and it was like Christmas 10 times a year.

There were never enough beds in Harrogate to accommodate the large numbers, so delegates had to travel to and from hotels in surrounding places such as York and Leeds. Organisations would book 10-15 taxis to take people to out of town restaurants, wait and then bring them back.

On the days the conferences/exhibitions ended it was bedlam. It was not uncommon to have 3 or 4 taxis going to Heathrow, 8 or 9 to Manchester – and the rest of the fleet dashing between Leeds, Bradford and York.”

Kevin added: “There were other big users of taxis based in Harrogate. ICI would practically every week order 40 to 50 taxis to bring employees in from all over Yorkshire to attend some function or other.  Also National Power, the MOD, Post Office Savings, BT, British Gas were all big users of taxis, along with a host of others, sadly now gone. This also had an effect on the town’s economy.”

“I could go on and on telling funny stories… and some not so funny!,” Kevin added.

The days of the Yorkshire Ripper had a knock-on effect for taxis. No women would walk after 7pm and all pubs and hotels organised taxis for their staff.

As well as doing the smaller taxi jobs, Kevin also secured larger contracts and for many years covered school runs for North Yorkshire County Council. Their contract with Harrogate & District NHS Foundation Trust has been going since 1968 and a more recent contract with Yorkshire Ambulance Service was established in 2004.

In those days licensing hours were quite different – Knaresborough pubs stayed open 30 minutes longer than Harrogate pubs, so many customers would take a taxi to Knaresborough for last orders. When it was closing time, the demand for taxis was greater than the supply because there was nowhere else open to get a drink.

Kevin remembers having a prison contract which entailed taking prisoners to court.

“On one occasion whilst taking some prisoners to Leeds Bridwell in a minibus, two prisoners who were handcuffed together absconded. The prison officer ran after them shouting to me to look after the rest… I don’t know what I would have done if any of them had tried to escape,” said Kevin.

Kevin added: “I remember a driver from another taxi firm who was given a journey with a wheelchair passenger who could transfer into a saloon, but the driver couldn’t be bothered to put the wheelchair into the boot, so he fixed a tow rope to the wheelchair and towed the passenger to his address.”

“I also recall a regular booking to take two ladies home after their evening out. On this occasion I was about to drop them off as usual at the end of their street when a man jumped out of the bushes in front of my car.  I did not know if I had hit him or not.  My door flew open and the man dragged me out of the car accusing me of having an affair with his wife. With both women screaming at him that I was a taxi driver, he eventually calmed down and apologised,” said Kevin.

Double fares after 11pm were once justified due to the unsocial hours and drivers having to put up with the darker side of the night time economy such as drink and drugs.

Now the taxi rank is like an auction mart with customers walking up and down the rank, bartering for the best price.

With staff of over 70 at one time, Central Taxis has since relocated and condensed its business to 20 vehicles.

But Kevin’s ethics are still the same as they were all those years ago. He strives to provide good customer service and fair prices which is why he has regular clients and long standing contracts.

The taxi trade has been a rollercoaster over the years and the recent pandemic has taken its toll. We have been fortunate in having contracts with the NHS, which has kept us going. Our drivers have been key workers for the past year and it’s been quite risky for them.

Kevin is now semi-retired but is still hands on whilst trying to work only two or three days per week.

Kevin is keen to keep up with technology and move with the times and his vehicles are fitted with sat-nav and a live flight tracking system for airport transfers. He has also recently launched a new mobile friendly website – www.centralradiocars.co.uk – built by Nicholson Digital.